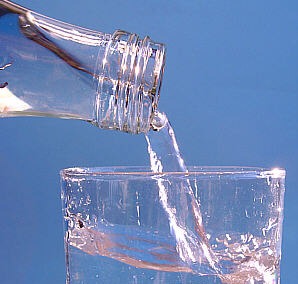 According to the American Chemistry Council, about 98% of U.S. water treatment systems use some type of chlorine disinfection, with chloramines comprising about 20% of usage and rapidly growing. While the two compounds essentially perform the same function, they are different in that chloramines (chlorine bonded with ammonia) is far more resilient than chlorine, allowing it to actively persist throughout an entire distribution system all the way to the farthest tap. Both have been used for a long time and are regulated as safe to consume at 4 PPM (parts per million), although there is still debate on the safety of long-term use.

Chlorine Makes Water Safe, But is it Healthy For Plants? 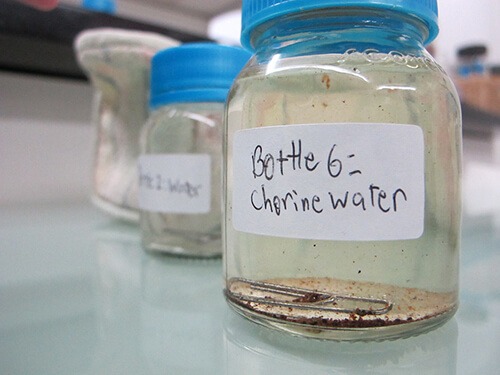 So, what’s the problem? If regulated amounts of chlorine/chloramines are safe for people, shouldn’t they be safe for plants as well? There are two big issues with chlorine/chloramine treated water that the seasoned grower might already know from experience. First, these chemicals can build up in a plant’s vascular tissue and can eventually kill it. This is called “chlorine toxicity” and begins with the burning/yellowing of leaves, leaves dropping and ultimately plant death. This is a bit ironic because a small amount of chlorine (in the form of chloride) is actually good for plants! The second problem is when using helpful microorganisms such as beneficial bacteria, fungi, nematodes, mycorrhizae, and trichoderma, all must have chlorine and chloramine-free water to survive and flourish. Chloramines are even able to kill fish and must be removed for aquariums. When utilized correctly, microorganisms help root health, they protect roots and increase nutrient uptake.

Tap water, while regulated and generally safe, is declining in quality. A recent study by the Natural Resources Defense Council (NRDC) found that one in four sources of drinking water in the USA is either unsafe or improperly monitored. Many parts of California are now “toilet to tap” where once sewage solids are strained, the remainder is chlorinated, and product water is sent back out to local municipalities ready for consumption. When the system needs a “shock,” chloramines are added at a large concentration that guarantees effectiveness all the way to the farthest tap. Cities even switch between using chlorine and chloramines throughout the year, making water quality unpredictable. As bacterial/organic contamination becomes more of a threat, so will the use of multiple antibacterial measures to help ensure municipal water is safe for consumption.

Chlorine and Chloramine solutions for Growers

For lucky growers with relatively uncontaminated and stable city water quality, carbon filtration is needed to remove chlorine and chloramines. Twice as much carbon media is needed to remove chloramines as compared to chlorine, and KDF or activated carbon is recommended for the most effective chloramine removal. However, the only way to make sure any water source is consistent and safe to use as a base for nutrient formulas is to use a City Pure reverse osmosis (RO) filter. This is especially true in areas where water chemistry changes in response to fluctuating or seasonal contamination hazards.

HyperLogic is Here to Help

When choosing a filtration system for your plants, HyperLogic has several different options for treatment like the City Pure System to remove chlorine & chloramines and Plug-and-Play Reverse Osmosis Skids to help you protect your investment from substandard, and sometimes hostile, source water.